IWN Gujarat is organizing an interaction with Ms Geeta S Rao on her journey of “I am Possible”, schedule on Monday, 16 August 2021, 1530 hrs at CII House, Ahmedabad.

Geeta was just 3 when a doctor told that she will never be able to walk in life due to polio infection that had spread in most of her body. It’s her family who went out of their way to show & explain to her, that despite being differently-abled, she could do & achieve all that she wanted to. They raised her like her other siblings and built her self-confidence. She became self-independent, not only physically, but mentally & socially too, doing everything she ever wanted to.

On this Independence Day, let us witness story of a women who inspire us to be independent despite of many challenges.

This will be a physical meeting followed by Members Meet. 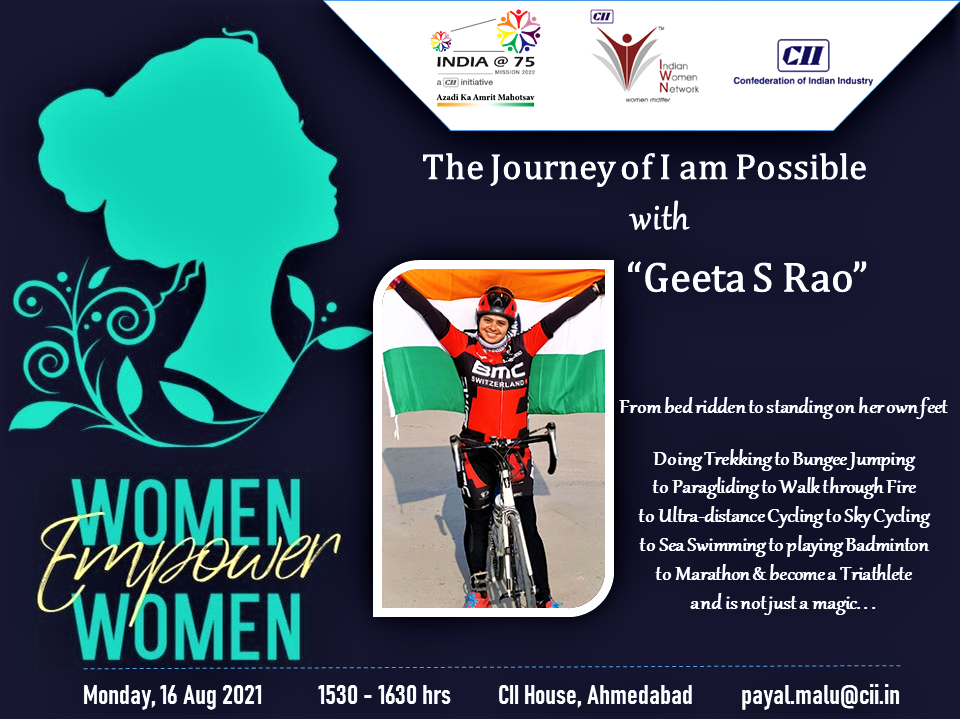