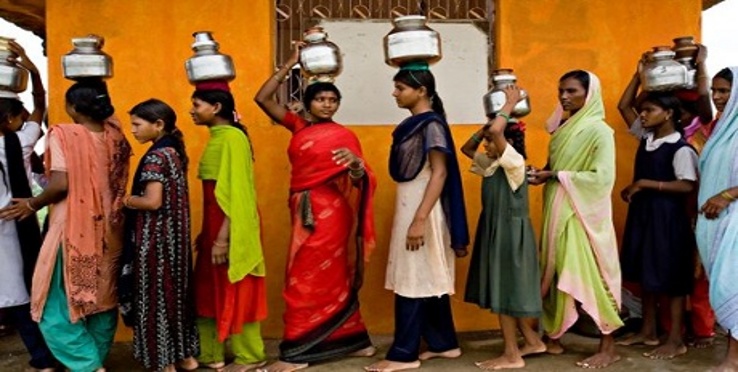 G20 agenda: economic growth will be driven by women worldwide

When political and economic leaders of the G20 nations gather in Brisbane, they should have women like Shadhia* on their minds. Shadhia has her whole life ahead of her. But she was forced into early marriage after her parents were offered a bride price. She left school before she learnt how to read, unlike her brother, who was encouraged to continue his education. Shadhia could be one of the 30% of women worldwide who suffer partner violence. While Shadhia has opportunities to earn money outside the home, her domestic workload remains fixed. She is unable to make independent decisions about family size, time between births and household expenditure.

The globe’s economic growth will be driven by women. Shadhia represents the world’s most under-utilised resource.

We welcome the news last week that increasing women’s participation in work and securing greater job security will be on the agenda of the G20. Central to the agenda is a target to reduce the gender gap by 25% by 2025. For Australia, the target would mean the creation of an additional 300,000 jobs for women, lifting the numbers participating in the workforce from 58% to 61%.

But targets will not be achieved without domestic policies that ensure women do not take on the double burden of precarious paid work while remaining responsible for the unpaid care economy. Women must not just participate in the formal economy but also succeed in it on their own terms.

For women in Australia, this is as true for them as women in emerging economies. Affordable child care and pre-primary education are essential. That’s why a $1bn cut to child care and early education is so disappointing. And unfair changes to higher education will impede future generations of women from getting a tertiary degree – women will pay a much greater price for their education and potentially be burdened with debt for life. These measures do not make it any easier for women to access the skills and training they need for full participation in the workplace. We also need greater flexibility in workplaces that recognise the value of women’s contribution and reward it fairly.

New approaches by employers are critical. My office recently received correspondence from a single, middle-age mother looking for paid work. She has two children and an elderly parent in her care. She wrote:

“Employers don’t understand that women (and many men) have caring responsibilities, either caring for children who are young or sick, or relatives who are ageing. Most people want to work and need employers to be flexible. Society must encourage men to take their share of responsibility in relation to children and ageing relatives. Employers must support men to do this.”

Women still primarily bear the social expectation that they will sacrifice their interests at work to look after children or the elderly.

Australian women are currently earning 17.5% less than men doing the same job. Often their work is less secure. With the right mix of policies and leadership, we can work towards closing this participation gap. If women are going to be seen as a valuable economic resource then the issues for women and girls must be acknowledged as inter-related and complex. But closing the gap demands a suite of policies that address existing barriers and cultural and social norms head on. It involves women and men working together, fighting overt and subtle discrimination. And it involves equitable access to education and skills development.

Segue to Dr Martin Parkinson – one of the sex discrimination commission’s Male Champions of Change. In a terrific 2012 speech the speech the now outgoing treasury secretary spruiked the national economic benefits of reducing barriers to women’s higher participation in the paid workforce. The Grattan Institute has also found that even modest improvements in the extent to which women participate in the economy could boost GDP by about $25bn in 2025. More women in the workforce increases our tax base, provides a greater pool of workers to support the ageing population, and increases savings for retirement.

But Treasury is also very aware that while at least half of Treasury’s APS-level employees are women, the department has long had a low proportion of women in its leadership group. To get to the bottom of this imbalance, the department commissioned a review to understand the impediments to the recruitment, retention and progression of women. The review urged a range of measures that require time and persistence to change culture and attitudes including the introduction of family-friendly measures and building on individual strengths and skills to assist women into leadership roles. This kind of employer leadership and actions are to be celebrated and shared.

We recognise that increasing women’s participation and economic security requires action from all quarters of the community and there is no area of Australian life, no sector of Australian community, that does not and will not benefit from the full and equal participation of women. This includes our Parliaments, Cabinet rooms and workplaces.

Gender equality rhetoric is one thing but having a genuine agenda and mix of policies that support women to participate is needed to achieve any targets that are set. It’s time for the prime minister to show real leadership on this most fundamental issue impacting on economic and social wellbeing, here in Australia and around the world.