The Indian Women Network[IWN] for Career Women, Professional, Faculty and Students who are ambitious, dynamic and focused women like you ! 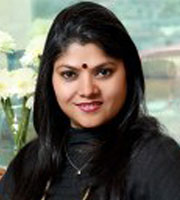 A strong advocate of equal participation of women in economic activities, Ms Vaishali is also passionate about Climate Change, Women’s Entrepreneurship and Leadership. She has been a speaker at international forums like the California Governor’s Global Climate Action Summit, Clinton Global Initiative and United Nations Global Compact Network. She is a President’s invitee to Columbia World Projects – a high-level forum at Columbia University created to tackle major global challenges. She also serves on the President’s Advisory Council at Wellesley College.

Ms Vaishali is deeply engaged with industry bodies, think tanks and educational institutions. She is a member of the Governing Council of the UN Global Compact Network, India (GCNI) and Chairperson of their Gender Committee; Member of the Steering Committee of CII Foundation Woman Exemplar Program; Chairs the CII Northern Region Committee on CSR and Affirmative Action and the CII Task Force on Making NCR Less Polluted and is on the Advisory Council of the CII-ITC Centre of Excellence for Sustainable Development. Ms Vaishali is on the Columbia Global Center’s Mumbai Advisory Board and a member of the Governing Council of the Vedica Scholars Programme For Women. She also serves on the Advisory Committee of Centre of Excellence for Research on Clean Air (CERCA) at Indian Institute of Technology, Delhi.

Ms Vaishali is a recipient of the CSR Leadership Award 2015 at the National Awards for Excellence in CSR and Sustainability; and is a jury member of India Impact CSR – Business Awards (IICBA) 2017 that recognizes and awards grassroots NGOs and innovators. She was also a National Finalist at the NITI Aayog Women Transforming India Awards 2018, amongst top 2% women from across India.

Ms Vaishali has a Masters’ in Public Policy from Columbia University’s School of International and Public Affairs, where she was an American Association of University Women (AAUW) scholar. She is currently pursuing the Owners and Presidents Management Program at Harvard Business School. After a decade on Wall Street and then London as an investment banker, she returned to India, where after several years in banking, she is now a social entrepreneur.

Ms. T. Sarita Reddy is a leading businesswoman and industrialist who is currently the Managing Director of Gayatri Sugars, an integrated sugar manufacturing company, with auxiliary units such as a distillery and co-gen power plant. Under her leadership, the company has achieved high levels of efficiency in sugar extraction and has received several awards from SISSTA (South India Sugar cane and Sugar Technologists Association).

Apart from her role in the sugar industry, she is a Director of Park Hyatt Hyderabad, an iconic 5-Star Deluxe Hotel, where she overseas operations.

She has also served as a member of the National Council of the CII (Confederation of Indian Industry) for the past 3 years and has contributed extensively in various interactions with industry and government bodies for policy making and implementation. She is currently serving as Co Chair of SKILL INDIA – a program started by the Prime Minister of India. She is also serving as member of Task Force on Sugar and Ethanol.

She is the author of a coffee table art book called Tirumala – Tirupati and is also a Managing Trustee of an NGO called HELP that does some social work in the state of Telangana.

She has also attended executive education for the last three years at Harvard Business School, an intellectually stimulating experience that involves interacting with members from all around the globe.

Her Hobbies include travelling, scuba diving, trekking and solving sudoku in addition to always being ready to learn and improve in every sphere of her life. 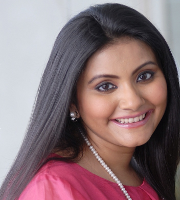 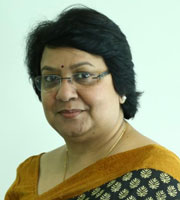 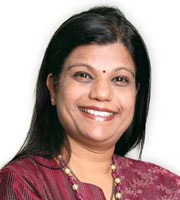